Andy Simpkins is a Multiplying Good One in a Million Award recipient. He’s among the millions of people who are putting others first and using service as a solution to the problems we're facing. Read his story below then nominate someone who's making a difference during this unprecedented time! 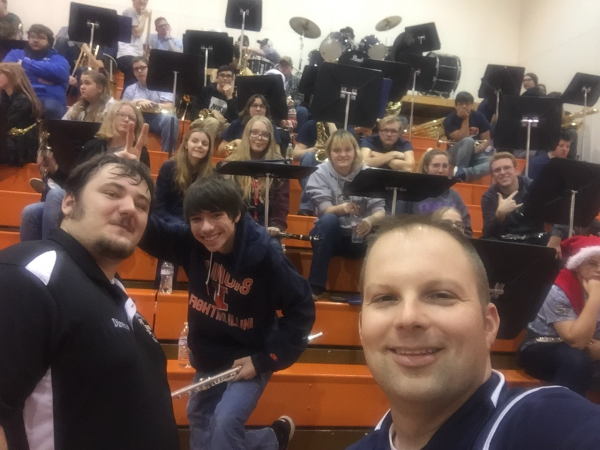 One in a Million Award recipient: Andy Simpkins

How he’s multiplying good: He is One in a Million. As Director of Bands of Northridge Middle School and North Montgomery High School, Mr. Simpkins quickly adapted to online learning when face-to-face instruction ended in March 2020.His approach to keep students engaged and learning during a sudden change in circumstances and environments kept students motivated and fostered a sense of belonging and well-being among members of the bands that he directs and classes he instructs. While concerts and awards programs had to be canceled and a nationally televised appearance in the IPL 500 Festival Parade postponed, he recognized students for their accomplishments and focused attention on their value as human beings.